Recommendations and legal frameworks for organizing work during COVID-19 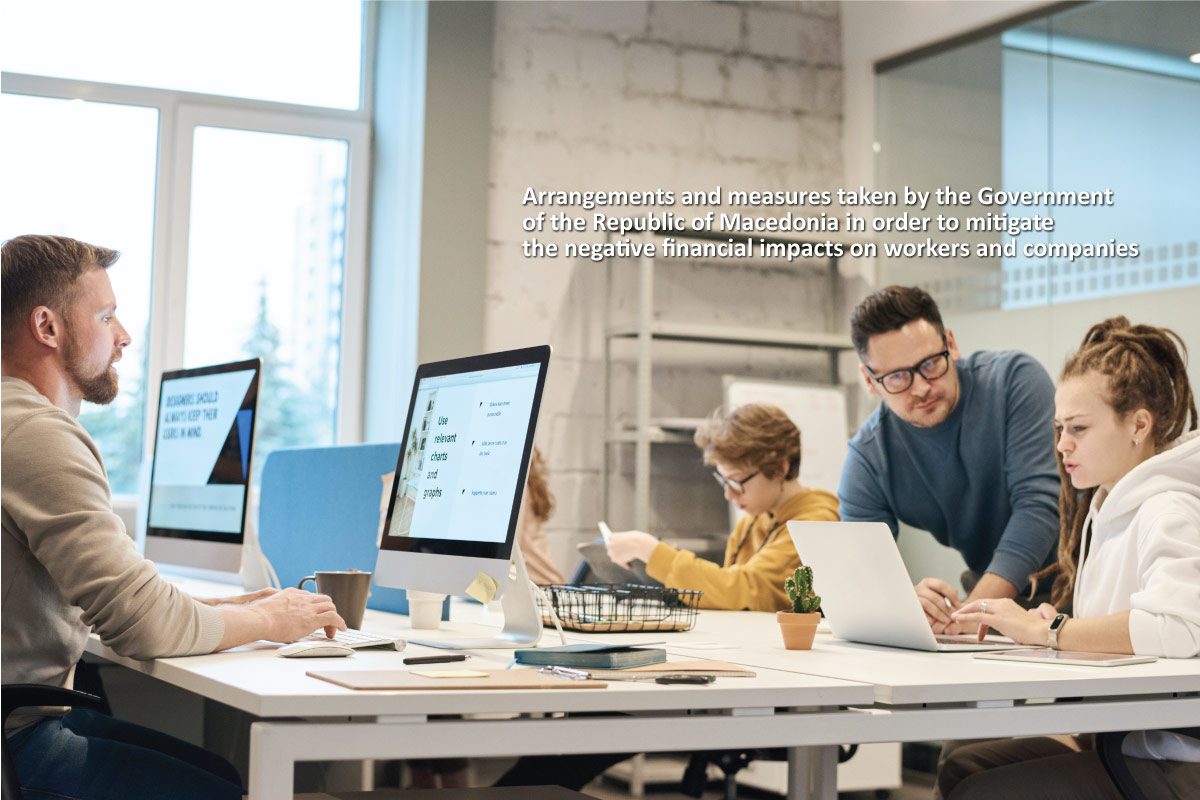 The employers and workers are deeply affected by the global coronavirus pandemic and face financial losses and difficulties in operating and sustaining the business. In order to mitigate the negative effects of the state of emergency and the serious negative economic impacts on workers and companies, the Government of the Republic of Macedonia adopted decrees with force of law in which are provided amendments and modifications to several provisions of the Labor Relations Law that will apply during the state of emergency.

Thus, one of the decrees provides financial support for the private sector employers, who are most affected by the health-economic crisis caused by the coronavirus. This means that employers who, due to the crisis, cannot pay their employees salaries during the state of emergency, will be able to apply for financial support for the salary payment to workers/subsidy for payment of contributions for compulsory social insurance.

The economic crisis will inevitably lead to the need of reducing the salaries of employees in those companies that are affected by the crisis but do not meet the requirements for state financial support. In this sense, it should be taken into account that under the Labor Relations Law in case of force majeure (an extraordinary event that could not have reasonably been foreseen, prevented, avoided or removed and was not caused by any of the contracting parties), the employee is entitled to half of the salary, to which he would otherwise be entitled to, if he worked.

If the work process is interrupted due to business reasons (temporary forced leave) and not due to force majeure, the interruption can last up to 3 months and the employer is obliged to issue a decision to the employee and pay him a salary compensation in the amount of 70% of the salary.

According to the Labor Relations Law, in cases of natural or other disasters, when the life and health of employees are endangered, the type or place of work determined by the employment contract may be temporarily changed without the employee’s consent, but only as long as such circumstances persist.

According to the measures and recommendations of the Government in state of emergency, if the employers cannot organize work from home, they should, if possible, reorganize the work in shifts, so that there is no downtime. Employers should also reorganize and adjust their working hours in accordance with the movement bans on the territory of the Republic of Macedonia and smoothly organize the work process.

We hope that these recommendations and legal frameworks will give you a direction to organize and adjust the work with the new situation.