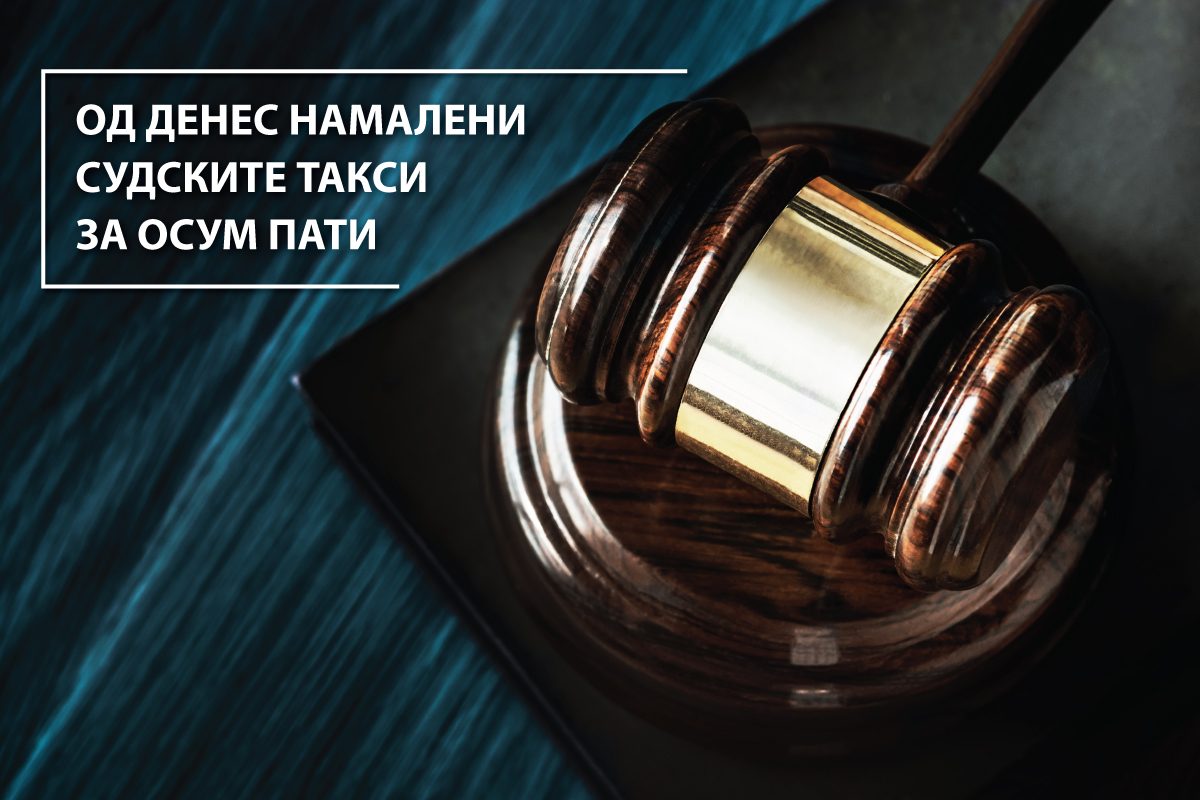 As of today, the Law Amending and Supplementing the Law on court fees enters into force, with which citizens receive a large reduction in the costs they have in the courts.

Compared to the previous prices, the court fees for cases in the first instance procedure have been reduced by about eight times, and the new tariff comes into force today.

The costs for court fees, in the first instance procedure, will range from 480 denars to a maximum of 6.000 denars, depending on the value of the dispute.

Until now in the first instance proceedings the highest court fee was 48.000 denars, and now with the new changes the citizens will pay a maximum of 6.000 denars, ie from 480 denars to 6.000 denars depending on the value of the dispute.

The practical application of the new changes is described in the following examples:

“When suing an insurance company for damages for the value of the dispute of 3 million denars, the court fee to be paid is 2% of the value of the dispute. In this case, the citizen would have to pay the maximum amount of 48.000 denars for a court fee. Now, according to the adopted new changes, the fee will be only 6.000 denars, ie eight times less. If it is necessary to resolve the case to the end and to use all regular and extraordinary legal remedies, according to the old tariff for the same dispute a total of 288.000 denars would have to be paid (lawsuit 2%, decision 2%, appeal 4%, revision 4%). After the new amendments to the Law on court fees, the maximum amount of 36.000 denars or 252.000 less can be paid, if you complain.”

This legal change was adopted in order for citizens to exercise their rights in court when they believe that some of their rights have been violated, which improves the rule of law in the country, and the courts become more accessible to all citizens.